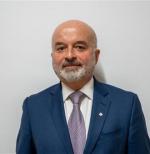 The interest of Gasparini for Nonparametric Statistics has continued during the experience at Purdue University, where he has been Assistant Professor from 1992 to 1996. During that time, he published

on several journals, including the Annals of Statistics.

From 1996 to 1998 has been Senior Statistician in the pharmaceutical company Novartis in Basel, Switzerland.

For example, in 2004-2005 he has been Scientific Coordinator of the University Centre for Statistics in the Biomedical Sciences at the Vita-Salute San Raffaele University in Milan (http://www.cussb.unihsr.it/) and in 2006-2007 he has been responsible for the start of activities of the Centro di Coordinamento Sperimentazioni Cliniche of the Istituto Tumori Toscano in Florence (https://www.cspo.it:8484).

He has been Editor of Biometrical Journal (2012-2015) and is referee for several journals at an international level.

He mantains activity in methodological research, inspired by biomedical applications (for example, he has several papers in Statistics in Medicine, Biometrics and Statistical Methods in Medical Research)

Since 2019 he is Head of the Department of Mathematical Sciences "G.L.Lagrange" in Politecnico di Torino.